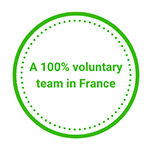 Azé is an association of general interest governed by the 1901 French law. It is managed by three volunteers since its creation in 2017 :
Sonia Perrin, Director, Claire Bordron, Treasurer, and Alizée de Pioger, Project Assistant.

Alongside with Father Marco Joachim Raseta, our local associate and correspondent,
Azé works towards monitoring 500 children’s and teenagers’schooling.

In Madagascar, Azé can rely on a team of 10 individuals, including Father Marco and 5 teachers. 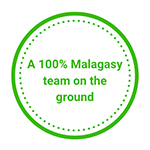 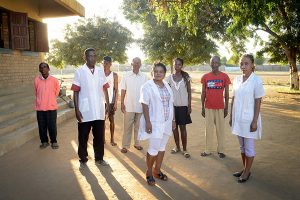 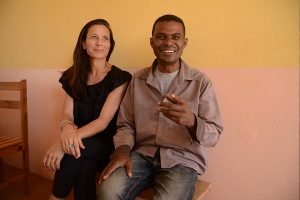 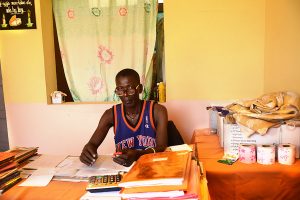 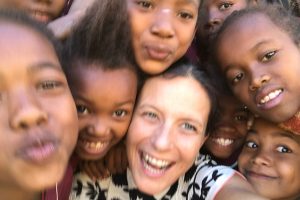 I had the chance to discover Madagascar as a godmother of malagasy children since the early 2000s. And following my encounter with Father Pierre, an Assumptionist missionary, I decided to create the AZÉ association in 2017.

Back then, I met Father Pierre as I was looking for a local correspondant to supervise the studies of two teenagers born in the Efiaimbelo family, a family of carvers specialized in creating Funerary Sculptures honoring the deceased. These sculptures, called Aloalos, are part of the Mahafaly tradition.

Father Pierre, with his distinctive optimism and enthusiasm, responded immediately and favorably to my request. Particularly aware of the problem of deprived children from the most disadvantaged families, Father Pierre created in 1989 the association AMIKA (laic association following Malagasy law, recognized to be of public utility, and certified by the Ministry of Education Malagasy). AMIKA’s mission is to fight against exclusion, stigmatization and abuse of orphaned and vulnerable children in Madagascar.

Father Pierre has succeeded in financing the purchase of land as well as the construction of three school buildings in the center of Toliara, Madagascar, where children can attend elementary school. AMIKA pays for enrollment fees and schooling costs of high school students enrolled in some of the best high schools, and technical highs schools of the city. The care of each child and adolescent is the subject of a neighbourhood survey and is submitted to a council of teachers.

In order to give a chance to the greatest number of families, no more than two children per family are supported by the association.Teachers follow the official “teaching by objective” approach (PPO) which is enriched by courses in ethics and hygiene, and, henceforth by French lessons provided by the Alliance française. Now retired, Father Pierre entrusted me with the mission of ensuring the continuity of his work alongside Father Marco Joachim Roseta, Malagasy Augustinian of the Assumption, former student of the Catholic University of Paris, administrator of the elementary school, and today Director of AMIKA.

Malagasy employees, laic teachers, and supervisors work together as a team to ensure the school follow-up of over five hundred young people, their access to one meal per day along with preventive care and health education.

I founded Azé  in order to raise funds to finance the numerous needs on the ground. I am absolutely convinced that education is a fundamental stage of development. Education is a source of personal development, it is essential in becoming independent and responsibly active within society. I hope you will join me in supporting younger generations to embrace their future.

As Barack Obama said  in Accra in 2009: “The purpose of foreign assistance must be creating the conditions where it is no longer needed”. And that’s what I keep in mind as I operate on the ground.

Our project is ambitious and we count on you to help our children of Toliara flourish. No matter how large or small, every donation has the power to make a difference.

Education is a vital human right, enshrined in the Declaration of Human Rights and the United Nations Convention on the Rights of the Child.